The United Methodist Women (UMW) held a garden plant sale fundraiser on Saturday, March 27th and Sunday, March 28th.  Set up under a tent in the Church front yard on the corner of Main and Locust Streets, the ladies sold a variety of market packs (African daisies, primrose, variegated vinca, small and large geraniums, pansies and alyssum) with profits going to support our UMW missions.  On Saturday, May 1, UMW once again set up in front of the church this time to sell hanging flower baskets for Mother’s Day.  Leftovers were sold after Sunday services.  Over $1,000 was raised for UMW missions through two very successful  fundraisers.

Through the years there have been various mergers and name changes but our major effort continues to be a mission to improve the lives of women, children and youth, social action, spiritual growth and supportive fellowship.  Stephens City UMW raises funds for mission giving through a pledge to our Winchester District UMW and support missions, locally, nationally and globally through gifts, prayers and service.  Funds are raised through donations or fundraising events.

UMW membership is for woman who desire an increased participation in their church and are drawn to fellowship with study, worship and outreach activities.  UMW provides these opportunities for those that believe they have talents that are to be shared with others and who seek a supportive community to affirm their own sense of purpose and commitment to God through Jesus Christ.  There are no UMW membership dues!

The Church Praise Band led an Outdoor Christmas Carol Sing Along on Sunday, December 13th at 1:00PM in the church parking lot.  Thirty people attended and joyfully sang out their favorite carols for about an hour under sunny skies.  The church provided song booklets with titles in aphabetical order so all could easily locate our most beloved carols during the fast moving program.  Many thanks to our wonderful Praise Band making a joyful noise to the Lord!  We all enjoyed the caroling time together – so many loved ones we haven’t seen in many months. It was a family reunion!  Even Santa found time to visit on his gleaming red fire truck.

According to retired school teacher Jacquetta Owen, “the educator in me just won’t quit.” Jacquetta is so energized by working with kids, teaching new skills and seeing their “ah-ha” moments. Jacquetta had several reasons for leading the week-long STEAM Art Camp, August 10-14. First, the educational part – working with individual students to problem solve and create. Second, share our Stephens City United Methodist Church (SCUMC) family and opportunities with families with elementary school age children to gainfully involve them in the church activities. Third, bring in “helpers”, visiting teachers, for their expertise in various fields, again to let them know we are a loving and active church. Fourth, generate additional funds to the daycare and church, although about half of the registration fee supports procurement of art supplies. All the support personnel are volunteers and graciously share their gifts.

In recent years, STEAM education—the teaching and learning of science, technology, engineering, art and mathematics—has become a national priority. This focus has been driven by concerns over international competitiveness, dating back to the early days of the space race. The focus is also fueled by data reflecting our youth are not graduating with the skills necessary to succeed in a rapidly-evolving, technologically-driven workforce. A third reason for the focus—one that is particularly important when considering the education of younger children—is the role of STEAM in shaping our state-of-the-art lifestyles.

The STEAM Art Camp is organized through the SCUMC daycare program which maintains a license to care for students from age 5 through age 11. Jacquetta also recognized that the art camp was most conducive (in a COVID-19 environment) to working outside with safe social distancing and keeping supplies available for each individual (no sharing). Art was the only subject that did not involve functioning in groups and sharing materials. All 10 student slots were quickly filled.

“STEAM understanding can no longer be provided just to elite students; all children need the underlying thinking personalities and understanding to succeed in a STEAM-driven economy and world,” Jacquetta said. For more information on future SCUMC STEAM classes, contact Jacquetta Owen at jacquettaowen@gmail.com.

For one thing, getting around to everyone to introduce himself as the new pastor isn’t what it used to be — “To say, ‘Hey, this is me.’ … That’s a challenge in and of itself.”

In addition to not being able to visit in person, he said, some people in the church don’t have phones.

“I’m going to have to use carrier pigeons,” he joked, though that isn’t too far from the truth.

We are currently offering drive-through pickup to our food pantry clients. We continue to follow CDC guidelines for safe handling and proper sanitizing. Volunteers are placing pre-packaged food, produce and cleaning and hygiene supplies into the cars of clients in the church parking lot.

We are taking basic information on a clipboard and entering that information into the computer system.

We are open from 11 am to 3 pm every Tuesday of the month. Families may now receive food and hygiene supplies as frequently as 2 times per month. 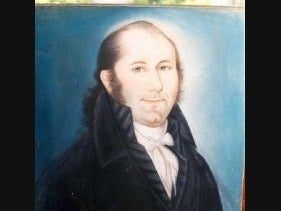 STEPHENS CITY — Each year, 25 percent of Americans over age 65 take a tumble. Sometimes these falls cause injuries so severe that the victim ends up in the emergency room.

The Senior Center in the Stephens City United Methodist Church was the first SAAA site to offer the class.

But researchers have found that many falls are preventable.

Preventing falls requires developing the right mental attitude, changing the environment to minimize falls and exercising to strengthen the body.

To help seniors feel more secure about their ability to avoid falls, the Shenandoah Area Agency on Aging is offering “A Matter of Balance,” a series of eight classes. The classes cover such topics as identifying the exercises best suited to fall prevention, recognizing hazards and learning three important physical risk factors for falls: low blood pressure, leg weakness and poor flexibility.

During the class, participants learn to view falls and the fear of falling as controllable and set realistic goals for increasing activity.
See Winchester Star.

WINCHESTER — Winners of the inaugural Stellar 7 Over 70 Awards have been announced by TheVillage at Orchard Ridge.

The awards, which were created by the Frederick County retirement community, are designed to recognize achievements made by local people over the age of 70 that combat stereotypes about what it means to be a senior citizen.

The seven winners were announced during a luncheon on Thursday at the George Washington Hotel in Winchester.

Educator Jacquetta Owen won for Creative Engagement. She is involved in teaching music and reading to the children at her church and recently organized and ran STEM-related summer camps for children in grades K-5. She also teaches sewing classes to people of all ages at Hobby Lobby and the senior center in Stephens City.